Add My Business Add My Event

Are you a Charleston guru? Be heard and share your experiences by becoming an 843area.com Contributor. Learn More!

Are you a local in the Charleston area? Join your community and Get Connected with others in your area. Join FREE! 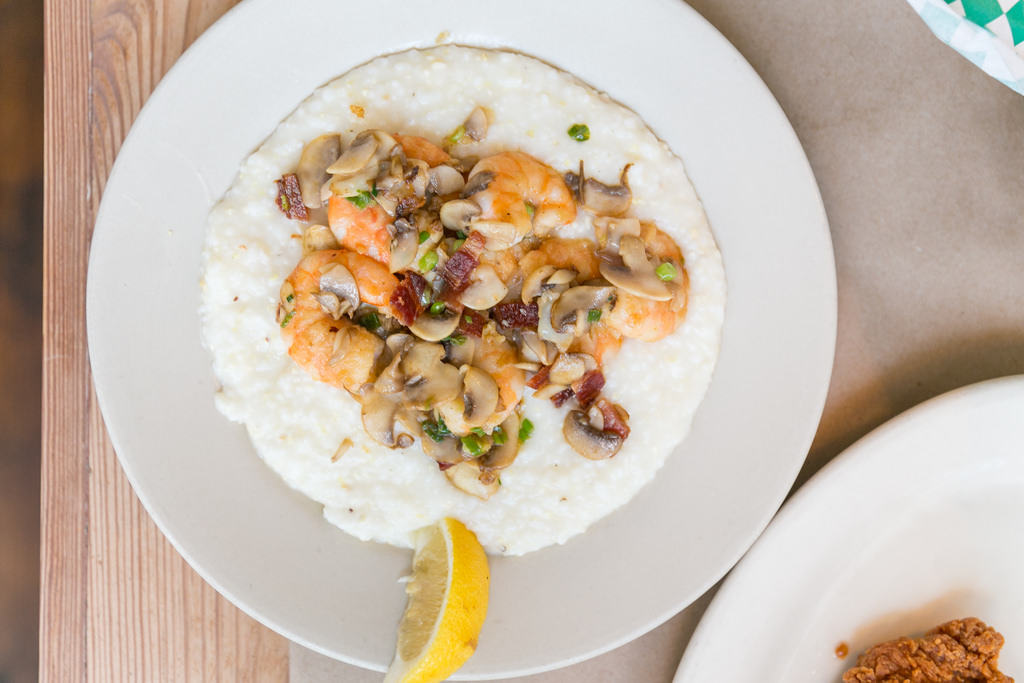 Charleston is a hub for great-tasting, award-winning Southern cuisine, and many flood the city on weekends as well for their tremendous brunch scene, especially on Mother's Day.

Most of the eateries in Chucktown focus on the classics of a Southern brunch, which include dishes like shrimp and grits, biscuits and gravy, and chicken and waffles. Not sure where to take Mom out to brunch on May 13? Just choose from our list of the top Mother's Day brunches in Charleston.

The Macintosh enlists the services of five-time James Beard Award semi-finalist Jeremiah Bacon as executive chef. The menu often changes to reflect whatever top ingredients the restaurant is getting from the Lowcountry's farms and waterways.

On Mother's Day, Mom will surely enjoy brunch staples like omelets, chicken and waffles, and huevos rancheros that are on the menu. The Macintosh is located in a bustling part of upper King Street and has a fun outdoor patio for seating in addition to the dining room inside.

Halls Chophouse is one of Charleston's premier steakhouses, and they offer that same quality and service for Sunday brunch. TripAdvisor ranked them fourth on their list of the Best Restaurants in the U.S., and they were selected to OpenTable's 2017 ranking of the 100 Best Restaurants in America.

The a la carte brunch menu offers a full range of items, and diners can still get a version of Hall's 8 oz. filet mignon wrapped in bacon and served with three eggs with a choice of pepper jack grits or hash brown potatoes. The weekly live music creates a fun environment, and reservations are recommended.

Hominy Grill has been in operation since 1996, but it feels like it has been open for generations due to its location in a historic Charleston single house. It's a charming locale for Mother's Day brunch, and Mom will especially appreciate eating brunch here if she's a lover of history or architecture.

The chef/owner is James Beard Award-winning restaurateur, Robert Stehling, whose menu is fashioned in true Southern style, featuring biscuits, grits bowls, and classics like fried green tomatoes. They do not take reservations, so get in line early for first-come, first-serve seating.

Poogan's Porch, tucked away in a restored Victorian house on Queen Street, also has a homey feel like Hominy. They have been cooking up their Southern fare since opening in 1976 and are one of Charleston's oldest independent eateries.

Biscuits and gravy are a coveted dish at Poogan's, but items like the shrimp etouffee omelet, pulled pork benedict, and pimiento BLT are also featured. The farm-to-table concept has been a favorite of the celebrity crowd over the years and has been recognized by Martha Stewart Living, Wine Spectator, and The Travel Channel.

Eli's Table is located in the heart of Downtown Charleston, and they serve breakfast daily. The restaurant was named after the owner of the Charleston Hospitality Group's son.

Eli's offers four varieties of omelets and three different benedict dishes, but they are best known for their shrimp and grits, which was a critic's choice pick for best-tasting shrimp and grits in Charleston.

Going out for Mother's Day brunch is always a treat for Mom, especially in a historic city like Charleston that's stunning scenery and delicious cuisine have stood the test of time.

Find more ideas for Mother's Day in Charleston by registering on 843area, your free guide to everything in Charleston.

Things to do This Weekend in Charleston, SC

Things to Do with Mom on Mother's Day in Charleston